Understanding the Properties of Flexible Graphite 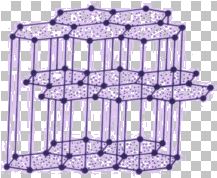 What is Flexible Graphite?

Flexible graphite, also known as graphite foil, expanded graphite or Grafoil®, is manufactured from expandable flake graphite.  Graphite, which is pure carbon, has layers of carbon atoms which form strong hexagonal bonds.  Weaker bonds exist between each of the layers as well.  Flexible graphite is created by submerging flake graphite into chromatic and sulfuric acid, then exposing it to intense heat.  This weakens the bonds between each of the layers, expanding the graphite.

Graphite is non-metallic, formed by metamorphosis of organic-rich sedimentary rocks.  It is the only naturally occurring non-metal that is a good electrical and thermal conductor.  Due to its unique properties and conformable nature, flexible graphite is made into the following useful forms:

As with any structural material, flexible graphite has a long list of scientific specifications that can sound overwhelming to an interested layman.  Terms such as bulk density, tensile strength, working temperature, and thermal conductivity are present in most if not all websites of various flexible graphite distributors.  Let’s try to understand what these properties represent.

Bulk density for flexible graphite is given in pounds per cubic foot or grams per cubic centimeter.

Synonyms for tensile strength include durability, hardness, inflexibility, and toughness.  There are many more.  Tensile strength is vital in the field of mechanical engineering since it calculates the limits of strength for a given material.  Below is a table of UTS (ultimate tensile strength) values of known materials:

Tensile strength is measured in psi (pounds per square inch) or MPa (megaPascals).

The coefficient of friction is a unit-less value that is based on two materials.  Here are some examples:

Flexible graphite has become a very useful material in a variety of industries.  Its unique characteristics are described with complicated scientific equations and concepts.

3 Comments on “Understanding the Properties of Flexible Graphite”